The Rock of Bral

One of the more significant trading posts in Wildspace, the Rock of Bral is a small asteroid in Spiralspace with a population of just over 12000, that despite its size sees more activity than most planetbound cities in the three chief crystal spheres. The Rock of Bral is a recent settlement, having been founded less than 200 years ago, but in that time it’s become the main port of call for any number of trading companies, including service to and from the planes. In fact, most planar trade companies with a presence in Wildspace tend to choose the Rock of Bral as their headquarters due to its vast popularity amongst interstellar trade on the Prime. House Seven Stars, which also holds a seat on the Council or Captains has it’s two primary offices here and in Stray Manor in the Lady’s Ward of Sigil.

The Rock of Bral is ruled by a merchant prince advised by three councils: the Council of the City representing the various neighborhoods, the Noble Council representing the landowners, and the Council of Captains representing all shipowners. These bodies do the majority of governing work, but the last word is still always held by the city’s Prince. Still, there’s little in the way of actual law on the Rock, with the citizenry mostly self-policing in all but the most serious of offenses. While a fairly open community for the most part, the Rock is still tightly managed in some key aspects, including availability of food and water and quality of air; being such a small community, they carefully balance and regulate their resources and needs of each in order to sustain themselves. 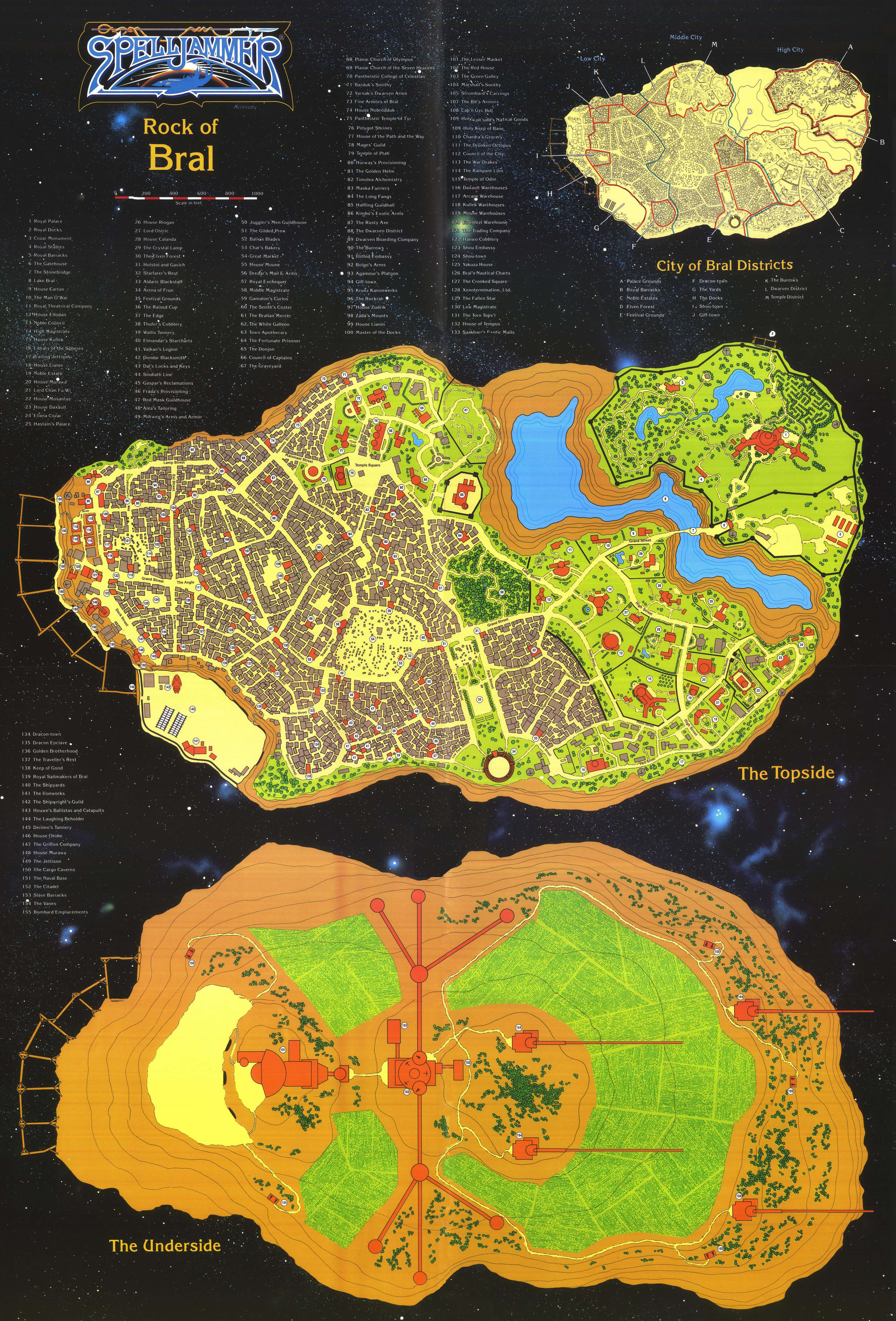 The Rock of Bral

by: DungeonMasterLoki
See All Pages

I'm sorry, but we no longer support this web browser. Please upgrade your browser or install Chrome or Firefox to enjoy the full functionality of this site.