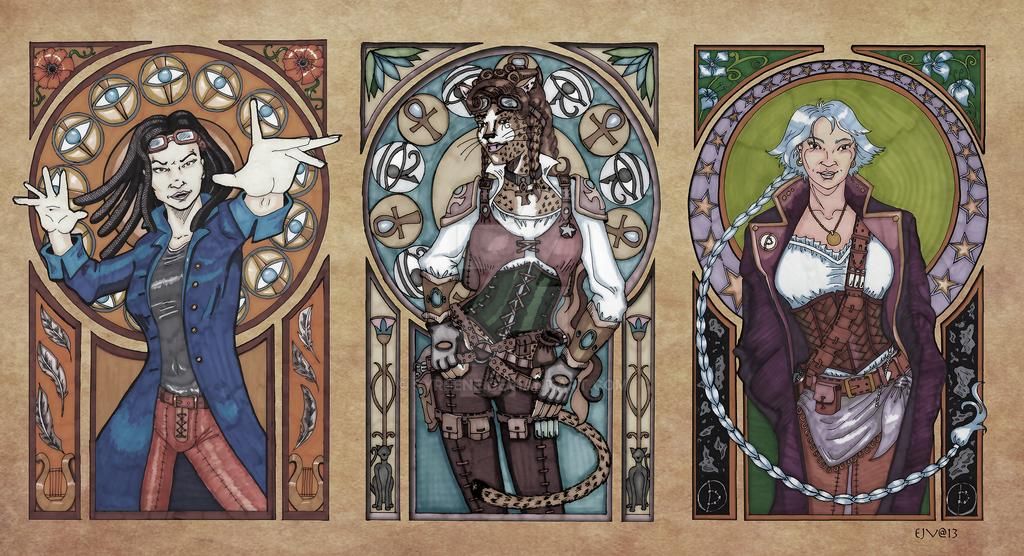 The Return of The Spelljoined (2020)
Two years after taking control of The Harrowing our heroes are getting settled in. Since the demiplane coalesced from a fragment of The Dreaming, The Captain has developed a “kinship” with it and has been able to influence changes to it’s environment.

Kenari has been busy organizing an underground railroad of slaves out of her native Mulrhorrand. Meanwhile, Lenata and the boys have been busy running missions for Tain the Reigar and “keeping the brand out there”.

Then, one day, it became painfully apparent that the Queen of Thistles wasn’t done with them yet. A messenger from the Sapphire Mage arrives bringing them a “castaway in time” to look after, a furry, six armed creature never seen before. He also delivers the message that Aionnias has disappeared, as have chronomancers throughout the planes… 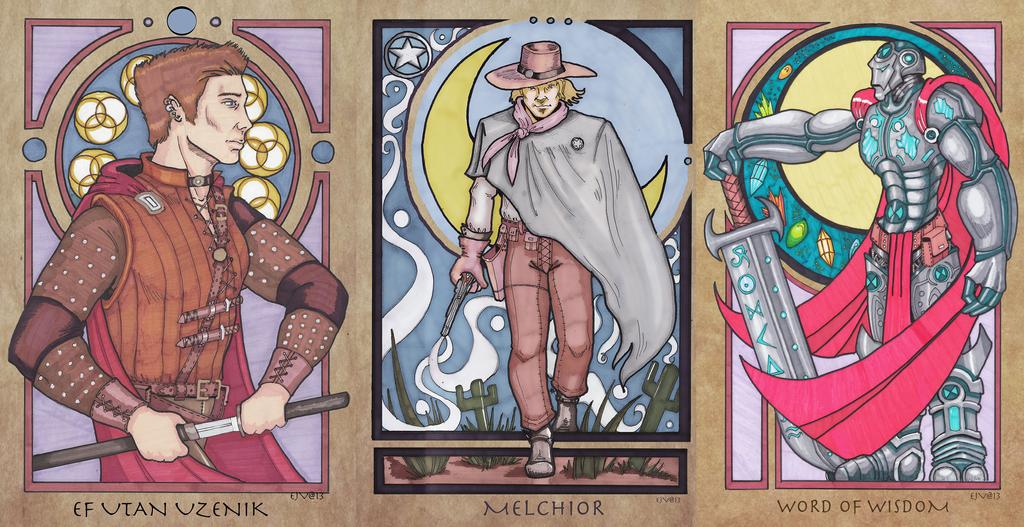 The Spelljoined (2009)
Drawn to Ravenloft from their respective Planes and Spheres the group found the one way out of the Demiplane of Dread – The World Serpent Inn. Bound somehow to the legendary Spelljammer they try to unravel it’s mystery while operating under a letter of marque from Prince Andru of the Rock of Bral.

Having earned the enmity of the Tenth Pit and House Muwara of Bral they were embroiled in danger from the start. Powerful patrons like Large Luigi and Tain the Reigar enabled them to survive the webs of intrigue until their visit to the Sapphire Mage’s castle at the edge of the demiplane of time. It was there that they took their haunted hammership, The Nomad, through the plane’s currents – a course which took them fifteen years into the future.

That future turned out to be grim. The Known Spheres were at war, The Unhuman War II. Tain arranges for them to take a mission for the Elven Fleet – retrieve the key to activate a Witchlight Marauder before the scro get to it. Their quest takes them to a sphere trapped in the Dreaming, and a demented demiplane called The Harrowed Realm. It was here they met up with Melchior. After defeating the native storykin and taking possession of the demiplane they freed the sphere from the Dreamstone’s influence.

Now it seems that the Queen of Thistles has her eye on them and their Reigar patron wants to use them as his team competing the Damnation Epoch, a once a century gladiatorial event on the Plane of Dreams. 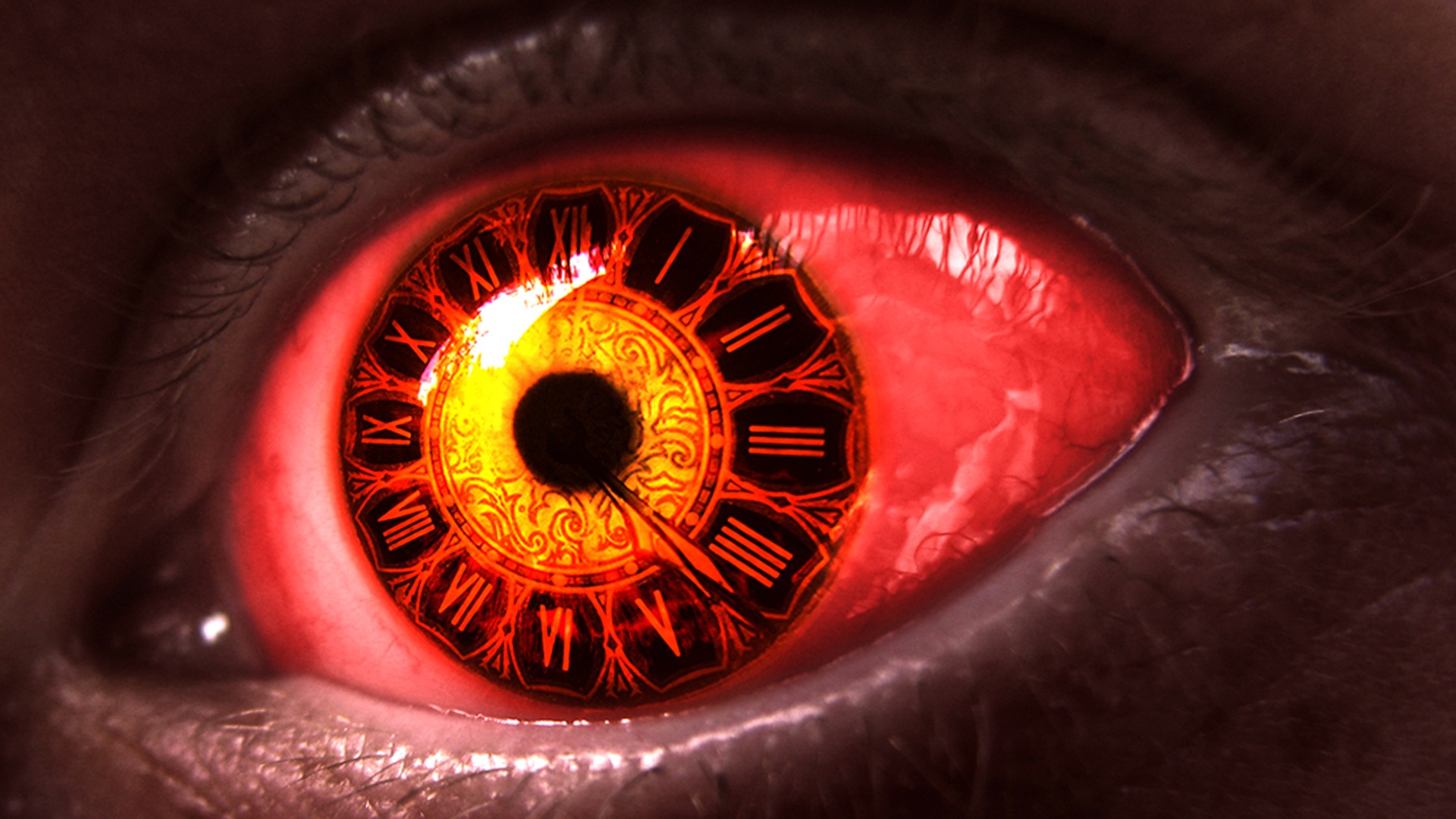 What an amazing concept. I’ll be reading this. Well done!

Hi DMLoki
How is it going with the Google+ gaming?
twigs

If you get time please check out our Earthdawn page, were just setting it up so it’s not much at the moment but defiantly look forward to using the site more :)

The Circle of Light

Congrats on the well deserved win!!!

Big thanks to everyone who voted, and for all the well wishes! _

As to keeping things straight, killervp… that’s what all of the flow charts are for, lol. ^_~

Congrats on campaign of the year! Great job!

Congrats on CotY! Well deserved for a great campaign.

Wow, you all have had a busy couple of weeks!! Great journals as always, but I have to ask- how do you keep all these threads straight? My head is spinning!!
PS- Kenari, you were right about Ma’at, but now I wonder what would have happened had you started there.

Vedis journals are becoming as good as Kenari’s. You all are on my must read list!!

The Serpent and Vecna were heavily involved in my Seven Stars Campaign which was partially a reboot of Die, Vecna, Die.

The Serpent, The Lady of Pain, and The Spelljammer are pretty consistent backbeats to my multiverse.

More is on the way….

Enjoyed the new page detailing “The Serpent”. It’s also amazing how that name Vecna keeps popping up after all these years.

Congrats on being the featured campaign for April ’11!

FYI, I happened to notice an error that needs to be fixed on Lenata’s page in her Bio… the linked character should be Vedis Valentine, instead of herself.

Arsheesh ; Just threw up a lot more art in the journals and the wiki. Tons more stuff coming soon!

Big Mac : Silveblade ad Paladine have given me carte blanche with their ship images, campaign is going to look great! BTW, size down the pic next time you post one so that it fits in the column, 730 px wide max if I’m not mistaken…

The site is coming together nicely DM Loki!

That’s my man Silverblade from the Spelljammer list. He is an amazing bad ass when it comes to SJ ships!

Hammership diagrams in “Items” – Now, that’s what I call elaborate detail. Surely, nobody could have a look at that page and then still not have a grasp of the thing!

I'm sorry, but we no longer support this web browser. Please upgrade your browser or install Chrome or Firefox to enjoy the full functionality of this site.